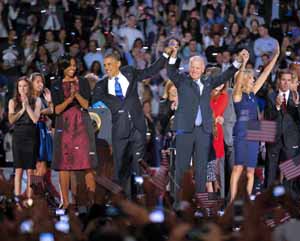 It is clear that President Barack Obama won reelection in the 2012 race for U.S. President because he was able to secure votes from a more diverse demographic of voters than his competitor Mitt Romney.

How Obama managed to get the right messages to the right demographics to win them over was no accident. It was a thoughtful micro-targeting process that involved fine-tuning messages that mattered to specific demographics, in addition to a general campaign message of moving the country forward. In fact, many say that one of Romney’s biggest mistakes was only focusing on a core message of the economy and not targeting that message more specifically to target demographics.

Obviously most businesses are much less complicated than politics for a nation, but there are certainly lessons to be learned about the value of target demographics marketing and how effective they can be in achieving desired results.

Recognizing the growing demographics in specific states and counties of the U.S. was the first step in developing President Obama’s reelection strategy. But how did he know where key demographics lived to piece together a reelection strategy? Political analyst Chuck Todd of NBC noted the importance of demographics stating that the most significant event of this presidential contest might very well have been the 2010 census. 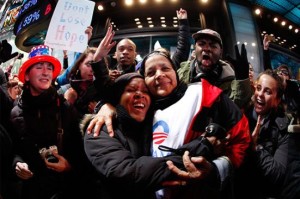 Using information publicly available through 2010 U.S. Census data, the Obama campaign understood the changing demographics of the U.S., where they live and vote. It wasn’t a big mystery how to reach key demographics across the U.S. in order to win a majority of Electoral College votes or the popular vote to ultimately win the election.

The Obama campaign recognized the growing Latino population in America and their increasing impact on the percentage of electorate. They also identified important target segments like women, African Americans, Asians and even young voters.

And the target demographics strategy apparently worked because Obama won 93% of African American vote, 71% of the Latino vote, 73% of Asians and 60% of the young vote.

The 2012 U.S. Presidential Election is a model for how target marketing pays off when you do it right.

Identify who your customers are likely to be. In Obama’s election, he identified which demographic segments were growing to help him get more votes. Are your customers male or female, young or old? Are they small or big businesses? Are they soccer moms, higher income or sports fans? Whatever your unique demographics are for your business, look at the trends for your customer base and identify what demographics have the best growth potential for YOUR business.

Learn where your customers live or work. Geographic targeting is just as important as identifying the right demographic. Blasting out direct mail pieces or making large advertising buys hoping something sticks is not going to work. Find out where your target customers are and target those areas well geographically (by state, county or zip code) to maximize your marketing budget.

Understand what messages matter to your targets. What matters most to your customers? Is it low price, high quality or good service? The message that will help you win more customers may be different for each demographic or geographic segment. Most importantly, make sure you deliver on your brand promise.

As Chuck Todd noted, cold hard demographics was the key to Obama’s success. And it is no different for small businesses trying to reach target customers. Small businesses may not have millions to spend on a marketing campaign, but they can create a smart target marketing strategy to grow their business… by winning more of the right customers.

Founder & Editor at Small Business Marketing Tools
With nearly 30 years of integrated marketing experience, Diane is the founder of SBMarketingTools.com and author of the award-winning book PR Tools to Toot Your Own Horn. Diane also runs Marine Marketing Tools, a site that bridges her passion for boating and small business marketing, and two boating lifestyle sites: MyBoatLife.com and BoaterKids.com.