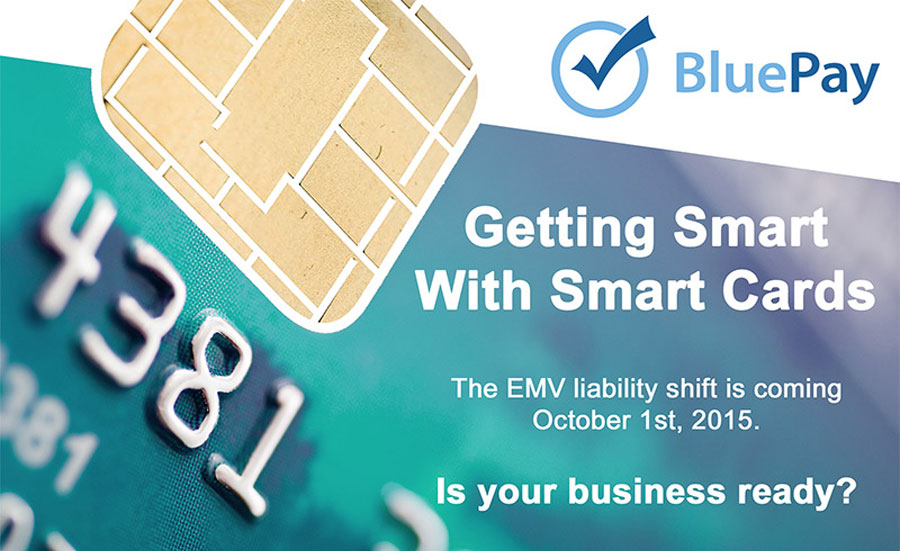 If your business accepts credit and debit cards from customers as a form of payment, it’s important to how EMV chip card technology relates to the responsibility and risk you bear in payment processing and security.

Here’s a brief explanation of EMV chip card technology, why it was introduced in the United States and how to leverage it.

Be sure to check out the infographic below for even more smart chip credit card smart tips!

How EMV came to be

The term “EMV” is often used to refer to cards with a square chip on the front, but the three letters actually reference Europay, MasterCard and Visa. They’re the three organizations that developed specifications for how EMV technology would improve global payment security. Despite that EMV may be newer to the United States payment system, it’s been used successfully for years in Europe, Canada, Asia and Latin America.

The decision to make EMV chip cards the global payment security standard was made in 2012, but it would take three years for the EMV transition to be complete in the United States. In 2014, financial institutions began re-issuing credit and debit cards to cardholders to include an EMV chip on the front. By October 2015, most merchants (with the exception of ATM operators and pay-at-the-pump gas station terminals) were required to accommodate EMV chip cards at the point of sale.

How EMV chip cards are used at the point of sale

Since most credit and debit cards in the United States now include a magnetic strip on the back of the card and an EMV chip on the front, customers may be able to choose whether to use their EMV chip card feature to pay. If they do, the EMV chip card is inserted into the terminal (chip side up) and left there throughout transaction processing. Once the transaction is approved, the terminal alerts the customer to remove his or her EMV chip card. Though the amount of time it takes to process an EMV payment is about the same as a magnetic strip-initiated payment, the security behind EMV transactions is significantly different, thanks to EMV security processes such as tokenization.

Why tokenization is a critical part of EMV

Tokenization is a security feature that is part of every EMV transaction. It essentially houses the customer’s data (i.e., the 16-digit personal account number) in a secure and centralized server, and replaces it with new information — called a token — to be used in payment processing. The token uses the same number of digits as the account number, but is otherwise meaningless. That tokenization assignment follows certain “rules” to ensure that it’s unique.

For example, a token will never begin with a 3, 4, 5 or 6 because those lead legitimate account numbers. Once verified, the token — instead of the sensitive data — is passed between all the parties involved in the verification and authorization of a credit/debit card transaction. Though the parties involved in the transaction are able to “decode” the token, others are not. If cybercriminals hack into a payment transaction, the data they obtain is meaningless.

Why EMV is important to your business.

Most merchants were given until October 2015 to update point-of-sale terminals (including those used to process mobile payments) to accommodate EMV chip card technology. Now that the deadline has passed, the party offering the lowest level of security in a payment transaction that is breached could bear the liability of it in full. If a post-breach security audit reveals that a merchant didn’t offer the option to use EMV at the point of sale, for example, that merchant could be held responsible for the costs of the breach, including fines, fees, and lawsuits.

EMV technology was made the standard in global payment processing because it provides a more secure environment for customers, merchants and financial institutions throughout and after a payment transaction. Though incorporating EMV technology to point-of-sale terminals presents a cost to businesses, it’s far less significant than the one a merchant could face in the event of a breach.

Chief Marketing Officer at Bluepay
Kristen Gramigna is Chief Marketing Officer for BluePay (www.bluepay.com), offering mobile credit card processing services. She brings more than 15 years of experience in the bankcard industry in direct sales, sales management, and marketing to BluePay and also serves on its Board of Directors.