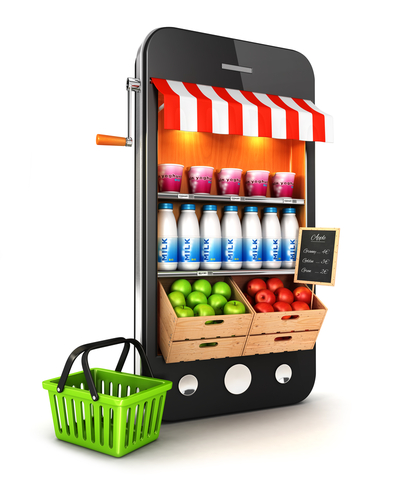 If the idea of a mobile marketing campaign feels like a strategy reserved only for large companies with massive technology infrastructures, you might be surprised to hear that you’re missing out on what can be a highly profitable marketing channel that provides a significant return on investment — and it’s not as complicated as it sounds.

Here’s a look at why mobile marketing deserves a place in your marketing mix.

Regardless of your target audience, the odds are they are engaged with a mobile device. Smartphone ownership reached the point of critical mass adoption in 2013, when more than half of the U.S. population officially became mobile device owners. Even more importantly, mobile device usage has become increasingly significant: Mobile accounts for 12 percent of American’s media consumption, a figure that has tripled since 2009.

You can message them in a channel they use often

Earlier this year, GeekWire cited a study indicating that mobile users spend an average of 162 minutes a day on their mobile devices, particularly engaged with apps and social media. For mobile marketers, such findings represent an opportunity to engage prospects by way of the channel to which they’re already giving their attention, such as a targeted mobile banner ad that strategically appears within an app the customer regularly uses.

Passive marketing is no longer an option

Before mobile devices became popular, marketers were competing for attention across a few predictable channels: Print media, broadcast media and display signage. Today, the competition includes all of those things, in addition to native advertising messages housed in online content, banner ads in email, social media messages (paid and unpaid) and broadcast advertising delivered through popular streaming services like Spotify and Netflix.

In fact, Entrepreneur recently cited statistics around just how much content now stands in the way of marketers and their audience, reporting that collectively, “users upload 100 hours of video to YouTube every 60 seconds, share more than 4.75 billion pieces of content on Facebook every 24 hours, and generate 500 million new tweets per day.” Mobile marketing campaigns are cost-effective vehicles that can be designed to deliver highly targeted messages to a granular audience, increasing the odds that messages get noticed and shared. The result? Highly measurable campaigns that you can test, and adjust, based on real-time response rates.

You can learn more about your audience

An existing database of sophisticated customer analytics isn’t required to use mobile marketing in a way that’s impactful and efficient, and you can learn more about your users over time. Your website’s basic analytics, for example, can indicate who views your site on their mobile device, indicating that they may be particularly responsive to an optimized mobile site or a native app. (You can also implement a specific tracking code into the effort to measure response and ROI.) Similarly, users who demonstrate a history of mobile use and coupon redemption may be interested in mobile QR codes that deliver coupons and offers, based on their purchase history and your inventory reduction needs at any given time.

Message to customers based on location

Aside from the fact that mobile devices travel directly with customers, mobile’s geolocator abilities allow you to deliver the right message to the right audience, at the exact time they’re ready to purchase. Take for example, a recent mobile marketing campaign released by Toyota. Using geolocation, the car manufacturer identifies which mobile users are actively out car shopping near their various dealerships. Using that insight, a relevant mobile message, such as a picture of a car sitting in a dealer’s lot that’s in close proximity to message recipient’s location is sent to their mobile device.

Similar strategies can be adapted regardless of your industry. For example, geolocation-based messages can equip local restaurants to target messaging based on a specific ZIP code or address, to reach business people at the moment they’re searching for a quick place to grab lunch in a given neighborhood, or a yoga studio that wants to notify finishers of a nearby race about their class schedule.

Chief Marketing Officer at Bluepay
Kristen Gramigna is Chief Marketing Officer for BluePay (www.bluepay.com), offering mobile credit card processing services. She brings more than 15 years of experience in the bankcard industry in direct sales, sales management, and marketing to BluePay and also serves on its Board of Directors.