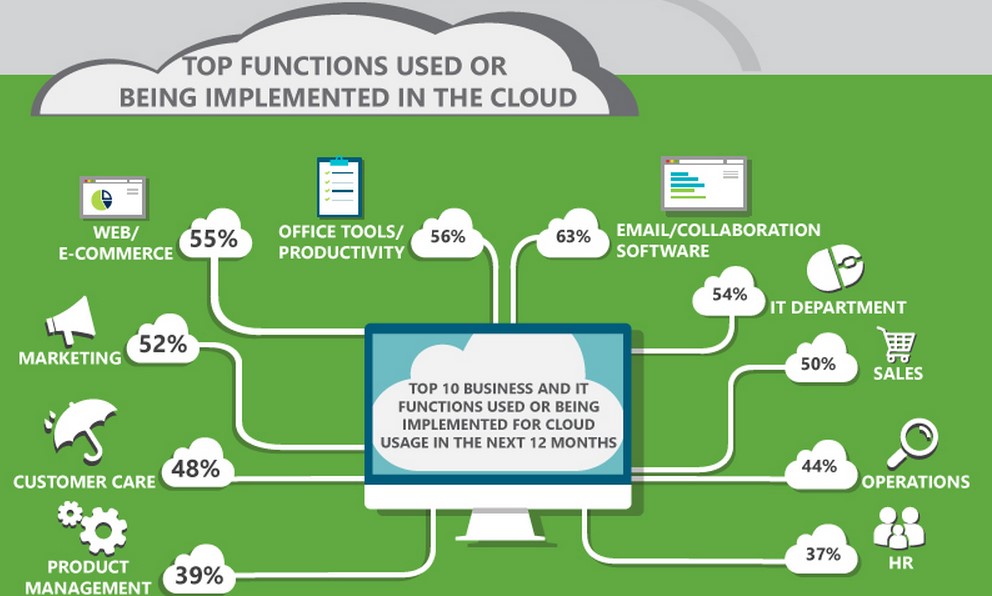 Cloud technology has taken the world by storm, no pun intended, and web developers across the have expressed special interest in the cloud as it pertains to web development. Sadly, many conservative developers have failed to realize the true potential of cloud computing. The very fact that it gives users instant remote access to data has made cloud technology one of the most desirable innovations of the digital age. Checkout SoftGoza to learn how to download these apps in simpler steps.

Continued innovation in processing power, VR, and broadband technology has led to the emergence of the cloud as a single point of access for virtually all business and personal computing needs. Cloud computing not only affords convenience to users, but also allows them to make considerable capital savings by only requiring them to pay for software and storage services that they specifically need. 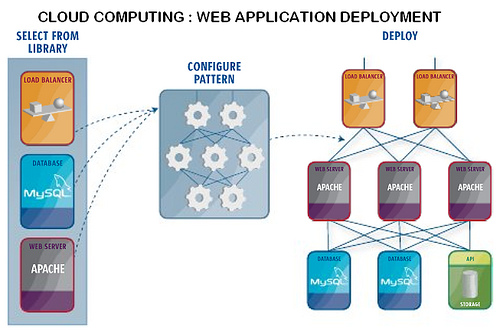 Here are some of the biggest advantages of cloud computing for web applications:

Price – As with everything else, the bottom line of cloud computing is savings, and the cloud has enabled small businesses and start-up to avoid heavy capital investment in to IT infrastructure because users only have to pay for the services and bandwidth that they use. This includes the acquisition costs of application and data servers, as well as hiring of database administrators, IT troubleshooters and other resources that are needed to manage such critical systems, which include backup and recovery.

Ease of use – The cloud is simple to use and easy to setup. That along with the freedom from having to worry about resource maintenance and management makes for a winning formula.

Reliable – With cloud technology, network and data access are almost guaranteed to be more reliable than standalone systems or private servers. In fact, most cloud services are so confident about the reliability of cloud technology that most of them offer some form of money-back guarantees or other provisions in the unlikely event of failure or system breakdown.

Flexible – The level of flexibility offered by cloud technology is unprecedented as consumers now have the option of “outsourcing” their IT infrastructure or parts thereof, while still managing their proprietary data on their website.

Collaboration – Thanks to its “global” presence, cloud technology has become the obvious choice for users to want to collaborate efficiently on multi-department project or common application.

Software as a Service Software as a service (SaaS) has emerged the most popular form of cloud service development, and its use is only set to triple over the next few years. The main reason for its rapid increase in popularity is because of the simple fact that users can deliver a single application to thousands or even millions of users via a vendor server.

The basic premise is that a user doesn’t pay to own software, but merely pays a royalty for using it. A user can access the application via an Application Program Interface (API) that can be accessed from the internet. Each business that is served by the vendor is aptly called a tenant, as they pay rent for service usage. This type of software follows a multitenant architecture, wherein multiple users share a common platform. On the vendor’s end, the servers are partitioned so that client can work on a platform that is customizable according to their preferences. The highlight of SaaS is requires no capital investment in the form of servers or licenses, and is also convenient for application developers as they only need to maintain a single app for multiple users.

Another web application of cloud computing is Platform as a Service (PaaS), which is based on the SaaS concept, but instead offers a development interface instead of a ready software. It’s basically SaaS for web developers as they get access to a development platform and its various tools, without having to buy expensive software suites.

PaaS users are provided with “building blocks” from the developer, which can then be customized to create their own unique app. PaaS makes app creation convenient and effortless, requiring a developer to just customize predefined codes in order to make their own standalone app.

In terms of web development, a number of IT giants are already using their proprietary cloud-based web applications:

Google’s App Engine is an intuitive platform that allows web developers to design, build, and host their own web applications on Google’s private servers. This allows them to drastically speed up the process of software development and deployment, as well as simplifying the process of software administration, without requiring any sort of hardware upgrade or software patch. Using cloud technology also allows developers to avoid overloading of servers during initial launch phase.

Google’s App Engine is a scalable platform that adjusts according to your app, whether it’s a private app for a handful or users or a commercial app with millions of users. The cherry on the icing is that the App Engine is free for all web developers- all they need to do is register themselves, upload their app, and begin using it. They also provide commercial packages, but even their free service provides users with 500 MB storage and up to 5 million page views per month.

Codeita is one of the latest cloud-based web development platforms, offering users everything from a code and image editor, versatile cloud storage, to online publishing tools. The platform offers all these services on the same familiar web technologies of today. Known as LAMP, an acronym for Linux, Apache, MySQL and PHP, Codeita provides advanced web application options for all cloud-related needs.

CEO at Cloudwards.net
Mauricio is the CEO of Cloudwards.net, a data and user feedback driven comparison engine for cloud apps and services. He enjoys writing and producing educational videos around the cloud to help people find the best cloud service for their needs.