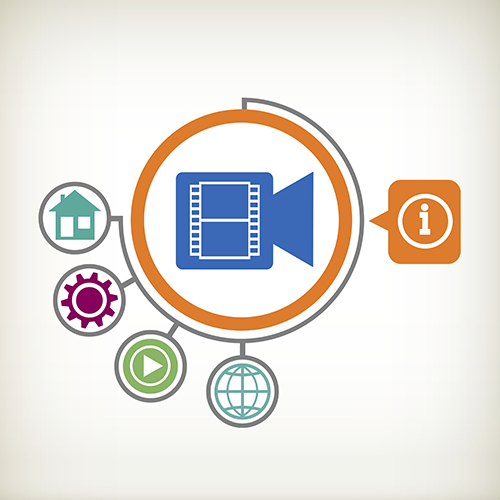 According to AdAge, half of the top 2014 YouTube advertisements were designed specifically for online distribution, in contrast to previous years where repurposed TV ads such as Super Bowl spots dominated. Advertisers are shifting to digital media because it brings results, as illustrated by the fact that this year’s 10 best ads attracted 425 million viewers who spent 54 percent more time watching than last year. Forrester predicts that online advertising budgets will overtake TV ad spending by 2016.

Small businesses expanding into this growing ad space can streamline their transition by borrowing production strategies that have proven successful in the TV and film industry, while at the same time making adjustments appropriate to newer media formats.

It Starts with a Short Script

A solid script is the foundation of a great ad and script writing is one place where video marketers have been mixing up the traditional techniques. TV ad formats generally must fit within 30 or 60 seconds, translating into about 150 words of script per minute. Online video is more flexible and AdAge reports that some advertisers have been successfully using formats up to three minutes long.

However, as agency writer Han-Gwon Lung explains, viewer engagement declines from 80 percent for 30-second videos to under 70 percent as videos begin stretching from one to two minutes. After three minutes viewer retention drops below 60 percent.

In light of this, MagnetVideo chief operating officer Dave Rose recommends following the principle of “Bottom Line on Top” (BLOT), meaning to state your core message at the front of your video. Video producer Andrew Follett advocates filling out a creative brief to help focus your thoughts. To help you generate script ideas, video production app Directr provides tutorials and automated guidance to walk you through the production process.

To turn an ad script into a video, professionals save time and money by borrowing a technique called storyboarding developed by Hollywood producers such as Walt Disney, David O. Selznick and Alfred Hitchcock. As Stanford’s Academic Computing Services site explains, storyboarding involves using drawings to break down your script into shots so you can plan and number each shot. This can be done through simple stick figure sketches or more sophisticated hand or computer drawings. Atomic Learning’s Storyboard Pro software is a good free tool for beginners. Experienced storyboarders use premium tools such as Final Draft and Movie Magic Screenwriter.

One advantage of storyboarding is that it lets you plan your shots in detail, improving their visual and conceptual quality and reducing time wasted on second takes and editing. During this stage of the pre-production process you should plan elements such as choosing set locations, costumes and props, says film educator Tom Barrance.

You should also plan how you intend to use any visual or sound effects. Here it’s important to avoid copyright infringement issues. A resource such as Shutterstock can provide you with images, video clips and music you can use to enhance your production.

Set a Shooting Schedule and Budget

When planning a shoot, it’s crucial to stay on deadline and under budget. The best way to achieve this is to use a good project management strategy that includes scheduling shots and estimating expenses. Video producer Jimm Fox provides a helpful pre-production checklist you can use to keep your project on track.

Roy Rasmussen, co-author of "Publishing for Publicity," is a freelance copywriter who helps small businesses get more customers and make more sales. His specialty is helping experts reach their target market with a focused sales message. His most recent projects include books on cloud computing, small business management, sales, and business coaching.